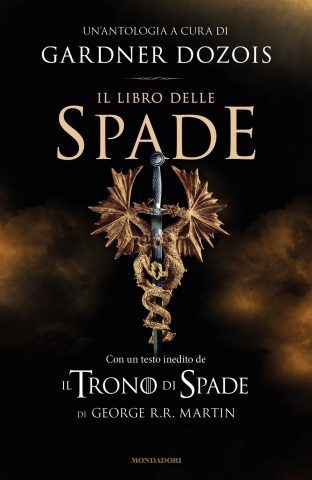 Antebar wrote to tell us that Robin’s Italian publisher Fanucci released the Italian translation of Forest Mage titled Il mago della foresta this week. The best source for all Italian Robin Hobb news is of course Blood Memories where they also posted a video of Robin’s visit to Rome earlier this year. You can watch it here.

Suvudu.com is running a series of blog entries where authors and editors reminisce about some of the biggest titles published by Bantam Spectra. So far among other popular titles and authors are also entries about Assassin’s Apprentice and Ship of Magic by Robin Hobb.

Some links for those who are curious about the recent book tour in Italy: interviews by bloodmemories.it, House of Books (both in Italian) and fattitaliani.it (in Italian and English, thanks for the tip Antebar!) and Robin’s own photos (folder 1 and folder 2) as well as some photos taken in Rome over at flickr.

Jackie Morris has been blogging about the new covers she’s painting for the reprints of The Reindeer People and Wolf’s Brother as well as the cover for the new RH/ML anthology the Inheritance. You can see photos of the progress here.

Did I miss something? Leave a comment or email me at memories ( at ) theplenty dot net

Look at Lady Patience and her woman, Lacey. They are always about and doing things. Their apartments are a jungle of the lady´s plants, and the cuffs of her gowns are sometimes a bit sticky from her paper-making, or she will have bits of leaves in her hair from her herbery work, but she is still just as beautiful.