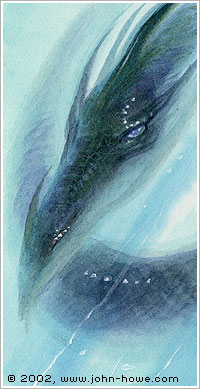 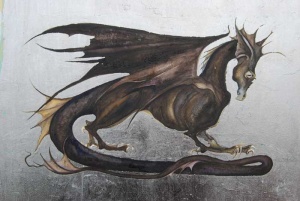 Icefyre is a large, black male Dragon (drake). Thinking that he was the last dragon in the world, he decided to sleep forever in the ice of Aslevjal. Prince Dutiful was challenged to remove the surrounding ice and bring Icefyre's head to the hearth of Elliania's motherhouse. Although the Prince didn't know it at the time, this was the wish of the Pale Woman and not that of the Outislanders who feared and respected the creature.

With the help of his Witted coterie, Fitz and the Fool, Dutiful frees Icefyre and fulfilled the quest, if rather unconventionally.

When Icefyre learns of another living dragon, he becomes the mating partner of this female dragon (queen), named Tintaglia. Their offspring may become the future Lords of the Three Realms.

In City of Dragons, he and Tintaglia are attacked by humans, presumably sent by the Duke of Chalced.