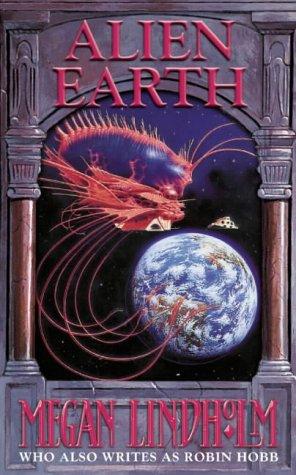 Alien Earth is Megan Lindholm's only sci-fi novel so far. It was first published in 1992 in the US. The human race has destroyed their home planet, but was rescued by an alien race called Arthroplana and has survived on Castor and Pollux, learning to adjust to a new environment where they can make no impact on the ecology of their new home. After thousands of years, John Gen-93-Beta, captain of the Beastship Evangeline, is sent on a mission to find out if there's anything left alive on Earth.