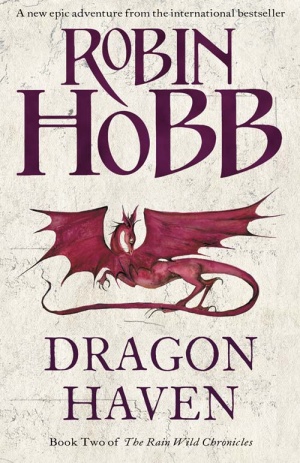 The cover for the Dragon Haven UK hardcover and paperback editions, art by Jackie Morris. 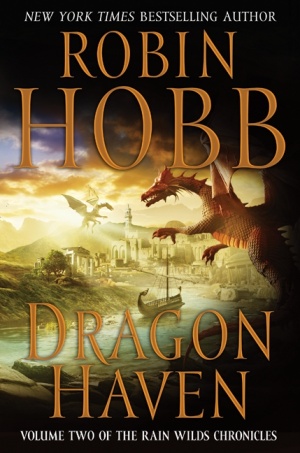 The cover for the US hardcover edition of Dragon Haven by Steve Stone.

Dragon Haven is part two of the Rain Wild Chronicles. The story started in the previous volume The Dragon Keeper was originally meant to be a single book. When the manuscript grew too large to be a single book, it was split into two parts that were then published as "The Dragon Keeper" and "Dragon Haven". A later sequel met with the same fate and was published as City of Dragons and Blood of Dragons.