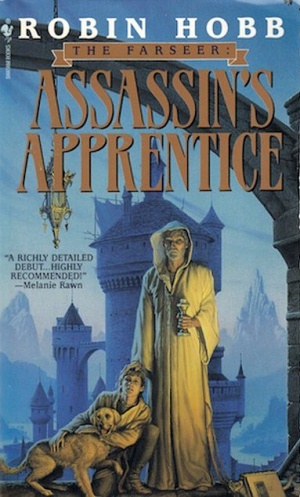 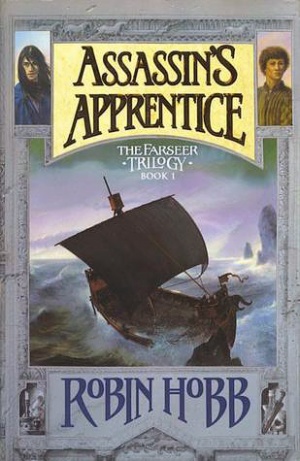 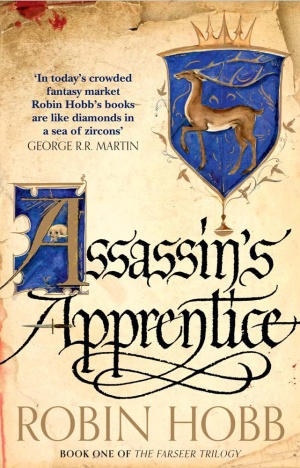 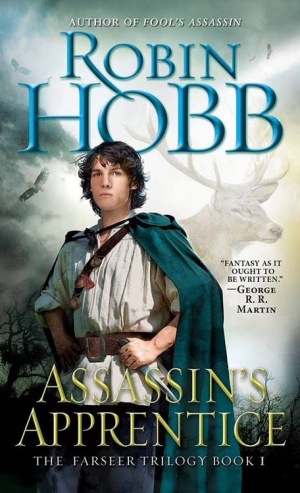 Assassin's Apprentice is the first book in the Farseer trilogy, originally published in 1995. The second and third books in the trilogy are Royal Assassin and Assassin's Quest respectively. This was the author's first book published under the pseudonym Robin Hobb. The working title for the book was Chivalry's Bastard and the contract for the trilogy was signed on 13th of July in 1993. [1] Assassin's Apprentice has been translated to over 20 languages. The Farseer trilogy has also been adapted into a series of graphic novels that is available in French and Dutch.

The dedication in this book is for several of Robin's cats:

For Giles
And for Raphael and Freddy,
the Princes of Assassins.

Later (in the US at least from 1996, also in later UK edition) the dedication was changed to:

A note for collectors: The first two volumes of the Farseer trilogy were originally not released in hardback in the US, and all subsequent reprints were paperbacks until a limited edition hardcover set of the whole trilogy was published in December 2016 by Subterranean Press (see below). This immediately sold out.

The UK first edition hardback was limited in numbers but is still relatively easy to obtain second-hand. There have also been two more recent special editions from Voyager in hardback (which are standalone editions) as well as a 20th-anniversary hardcover slipcase edition for the whole trilogy (more below) .

For the covers of these translations, see Assassin's Apprentice cover gallery.