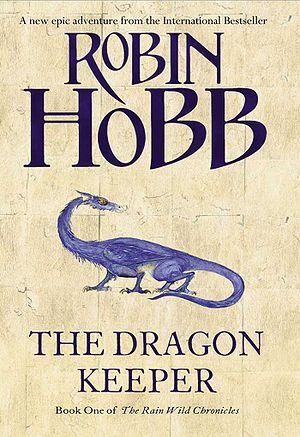 The cover for The Dragon Keeper UK hardcover and paperback editions, art by Jackie Morris. 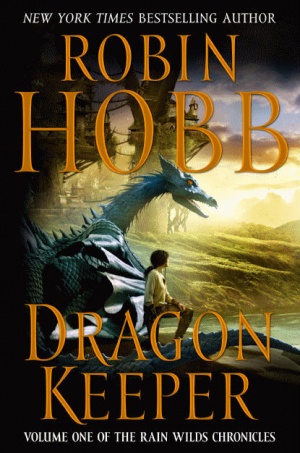 The cover for the US hardcover edition of Dragon Keeper, art by Steve Stone.

The Dragon Keeper is part one of Rain Wild Chronicles. It was originally meant to be a standalone book. When the manuscript grew too large to be a single book, it was split into two parts that were then published as "The Dragon Keeper" and Dragon Haven. A later sequel met with the same fate and was published as City of Dragons and Blood of Dragons, making the chronicles a four volume series.[1]

The story takes place in the Rain Wilds and Bingtown some time after the events in Ship of Destiny and Fool's Fate. Like the Liveship Traders, the story is told in third person. The viewpoint characters are Thymara, Alise Kincarron, Sisarqua/Sintara, Leftrin and Sedric Meldar. Notes sent between two Keepers of the Birds, Erek and Detozi are set between each chapter of the book.

To the memory of Spot and Smokey,
Brownie-butt and Rainbow, Rag-bag and Sinbad.
Fine pigeons, one and all.