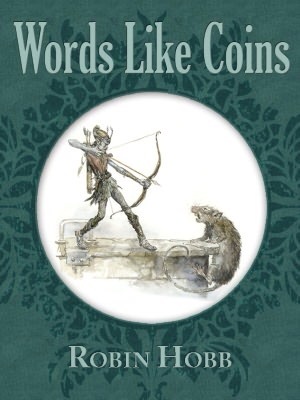 Cover for the ebook version of Words Like Coins by Tom Kidd.

Words Like Coins is a short story set in the world of the Realm of the Elderlings. It tells about Mirrifen, a former hedge-witch's apprentice and Jami, her sister-in-law and what happens when a drought brings pecksies into their lives. It takes place in Tilth around the time of Assassin's Apprentice / Royal Assassin. [1].