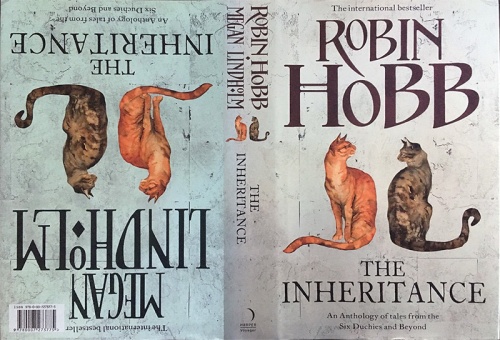 The back and front covers of the UK hardcover edition of "The Inheritance" by Jackie Morris.

The Inheritance is a 2011 Robin Hobb/Megan Lindholm anthology of ten short stories. It contains both previously published and completely new stories, and stories written under both of the author's pen names, Robin Hobb and Megan Lindholm. Each story is preceded by a foreword from the author. All three Robin Hobb stories in this book take place in the Realm of the Elderlings. The US title for the book is The Inheritance And Other Stories.